The best way to stop black mould
and dampness problems

We are Independent Chartered Surveyors who have many years of experience carrying out Building Surveys, often known as Full Structural Surveys, of every Era, type and style of building. All our Building Surveyors have a wealth of property knowledge and are happy to answer your property questions.

We have been involved with one particular house, from a property management point of view, for ten plus years. Over that time we have rarely had property problems with this well built ex-local authority house.

These types of houses generally also had a clerk of works and an in-house Surveyor or architect project managing the work.

If you don’t know whether your building is traditional or non-traditional then see our other articles on this website or phone us on 0800 298 5424.

Here are a few we think you may be interested in:

We generally have not had many problems with this type of building but there have been one or two times where black mould has started to appear, which unfortunately can be a fairly common problem in this Era of property. However it interested / intrigued us how some people were able to live in the property without getting any black mould and others weren’t. 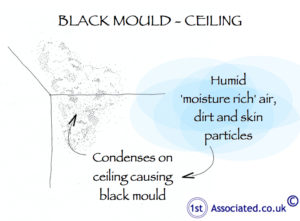 Lifestyle in a house

We think to a great extent the problem of black mould can be put down to how the people live in a property. We find that people that air rooms by regularly opening windows, together with actions such as opening windows when they have a shower or bath, or carry out a large amount of steamy cooking and also activities such as drying clothing outside or having a tumble dryer that’s vented externally help in preventing the build up of moisture and thereby the occurrence of black mould. 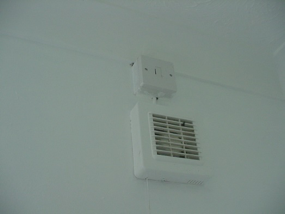 Understanding what causes black mould and how to prevent

However, we recently had a young couple in one of our properties who had young children and for whatever reason they decided not to use the extract fan. We had installed better good quality large extract fans that were humidity controlled, which meant that they switched on and off when the humidity became too great. The tenants had decided to disconnect the extract fans as they weren’t happy with them being on all the time and having to pay the bill.

There was a general lack of understanding of what creates humidity and as a result there was a lot of black mould throughout the property. 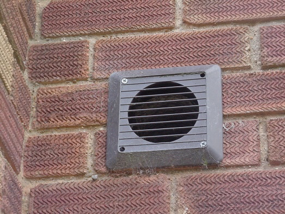 Dampness occurs due to a combination of elements and actions. First of all we should call it condensation rather than just dampness. There may be other dampness or condensation in the property, which means that the walls and floors already have a greater element of dampness in them than they would normally. This means that when humid activities occur in the property condensation occurs on the walls and can’t be absorbed by the walls. The plaster air molecules pick up dirt and skin as they travel from the shower, etc, to the colder areas, such as in the bedrooms, on the corners of the walls, within cupboards, etc, and leave a black mark on the walls which grows as it increases and can then lead to all sorts of health problems. Although it has to be said that research is still relatively new in this area and the Jury is still out as to exactly what health problems dampness does and does not cause. 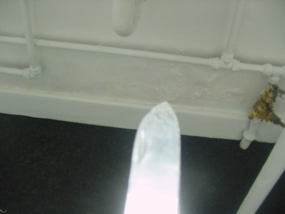 In this particular case, the property sits on a sloping site and rainwater is being discharged against the property on the front, rear and side walls.

We have carried out everything we possibly can to reduce the dampness getting into the property. We have:-

1. added a French drain to divert the dampness around the property

2. lowered the ground level to ensure that there are two courses of brickwork between the ground the damp proof level.

It should be noted that the ground level had risen over the years as car parking had been made to the front garden, which was originally grassed and would have absorbed water, and it had been replaced with shingle and concrete, which meant the rainwater simply discharged against the property. 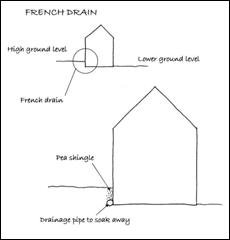 Free examples of our Building Surveys

If are buying a property then you may like to see some examples of Building Surveys our Chartered Building Surveyors have carried out. You will see that our surveys contain many high quality digital photos, sketches and definitions that help to explain the specific problems that we find within the property.

There is also an Executive Summary at the start of the survey report that highlights the main issues that we find with the property.

Please call us and we can email you some of these examples.

Free phone us 0800 298 5424 and ask for an example of one of our surveys. We have carried out surveys on every Era and age, type and style of property.

Why we always recommend having an independent building survey?

Always have an independent building survey, as this will pinpoint any property problems. Caveat emptor means buyer beware and is why you need to have a building survey to find out if there are any problems within the property; the estate agent certainly will not advise you of any.

Remember the independent building Surveyor that you employ will be the only person working for you with your interests at heart.

We include many survey photos and unique survey sketches, which we have commissioned over many years surveying in our building survey reports to make property problems clear and as easy to understand. 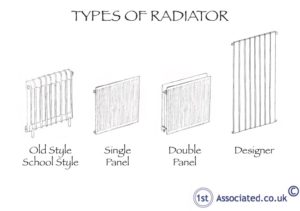 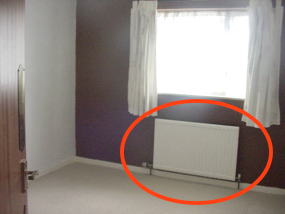 Single panel radiator; we much prefer to see
a double panel convection radiator

If you truly do want an independent expert opinion from a surveyor with regard to valuations, mortgages, mortgage companies, surveys, building surveys, structural reports, engineers reports, specific defects report, structural surveys, home buyers reports or any other property matters please contact 0800 298 5424 for a surveyor to give you a call back.