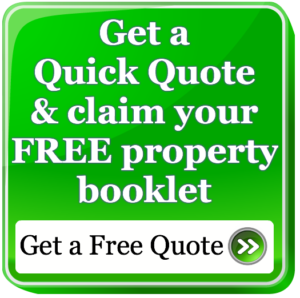 We, of course, like to meet you at the property during the survey and we are more than happy to talk to you about the reports.

What a fantastic invention Sliding Sash Windows were

Such a revolution that the next eras carried on using the design which is from the Georgian and Regency eras to the Victorian and Edwardian eras when the sliding sash window was the main window used. 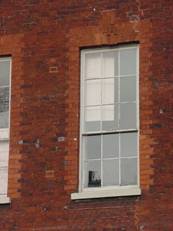 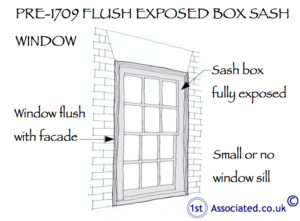 When people complain about wet rot in their windows or the windows sticking or drafts getting in and want to change their windows they should consider a few things:

1.  Most importantly they may be in a Conservation area or the building may be Listed and they simply cannot change them.

Ironically this restriction on people changing windows has meant that they have not made a knee jerk reaction and changed them for lookalike plastic windows with many people then growing to love their sliding sash windows over the years.

If you are one of the people who have sliding sash windows please read on and we will explain more about them.

Sliding sash windows changed the way we thought about windows

You need to understand the problems that we had had with windows in years gone by and how essential windows were because we only had natural light to work within the past when there were no electric lights and no gas lights. (When electric and gas lights did however come into use sliding sash windows did remain popular). The window was all about getting extra hours of daylight and being able to see in the building. 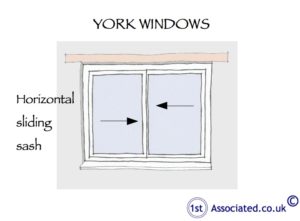 Over the years as we moved from rolled glass to plate glass with larger window panes becoming available resulting ultimately in the Casement window, the York window and the Sliding Sash window.

Most people are very familiar with this window as it is a window that opens sometimes with an inner window and sometimes on its own and is what they term as side hung.

Please see our articles on:-

Windows; How to look at a window and understand if you have problems with the window

We would add that windows were once so precious that people would take them with them when they moved; or may be this is an element of humour?

Windows in years gone by would have often been in a metal frame made by the local blacksmith made out of wrought iron or hammered iron as it was not possible to make glass in large sizes small glass would have been used set within a lead frame. Often the wealthy such as the churches and manor houses also used the leaded light style of window in a decorative manner with coloured glass and pictures formed with the coloured glass.

We mention York or Yorkshire windows as many people have not seen a York window when talking to them about windows with them thinking that they are Casement windows as they do look very similar.

A York window is a side sliding window which slides horizontally rather than vertically as does the sliding sash window.

Finally arriving in 1774 by way of a patent came the vertical sliding sash window which is almost guillotine like in the way it slides up and down yet balanced, contained and controlled with a system of weights and pulleys at the side of the frame.

Typically we find problems with sliding sash windows when we normally find them during the course of a structural survey or building survey where someone is purchasing a property.

Characteristically the sorts of problems that we find are wet rot in the window frame which we find by way of a knife test where we simply push the knife into the timber window. We often find that whilst the windows look in good condition if you know where to look you will be able to find areas where they have been sealed up and repaired or simply covered over.

It should be remembered that where you have a sliding sash window often there will be a timber lintel over the window which too can have problems with deterioration and wet rot over the years and will need to be checked.

The story of why sliding sash windows were so great

For all those people that have concerns about sliding sash windows sticking and being draughty and rotting away you have to remember that a sliding sash window was a fantastic revolution when daylight was so important. This style of window allowed the use of the new larger panes of glass in a format where a window could be opened without infringing on any extra space (with the possible exception of the top and bottom of the window area). These windows as the width of the window gap was controllable by a weight and pulley system at the side of the window meant they could be opened to almost half their size then a substantial amount of air could be travelling through it which added to the convenience of the sliding sash window.

Please see our articles on:-

Windows and The Great Fire of London

The Great Fire of London

The problems we have today with windows sticking and not being able to open them or shut them and being draughty seem almost incidental with the benefits that they gave all those years ago.

Unfortunately/fortunately these style of windows were installed many years ago which does mean that many windows that are sliding sash windows are also Listed and therefore cannot be amended without seeking advice and guidance from the Listed Building Department within your Local Authority. 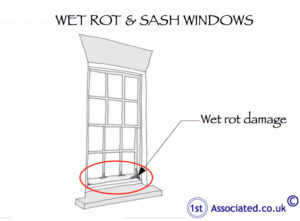 Sliding sash windows are painted timber and therefore they do need painting regularly together with some maintenance. Without this these windows can get into a terrible state; we have seen windows where the glass is ready to fall out and where the sill has almost disappeared due to rot. Typically we have seen windows from the same eras which are in very good condition; it really depends upon how well they have been maintained over the years.

Unfortunately you simply cannot go on the look of the windows as over the many decades and centuries painters have been painting this type of window and can get very clever at hiding any problems.

This can often be a problem during the winter months when we generally have a damper climate and the windows absorb the dampness and swell slightly.

However a good sliding sash window that is well maintained together with being eased and adjusted as well as being painted well should stick a minimal amount.

This is a problem that we sometimes come across where the glass has cracked in a set pattern, the Surveyor then whilst looking at the building as a whole can see if there are structural problems within the property. However a cracked window pane on its own does not necessarily represent structural movement in a property as it could be as simple as impact damage.

Sliding sash windows not being able to open (broken cords)

Often people give up with sliding sash windows when they get sticky in the winter months, please see our earlier comments. With the pushing and pulling of sliding sash windows the cords can break; it really requires someone who knows what they are doing to re-fix sliding sashes as you have to often open up the window to access area to be fixed.

We sometimes come across sliding sash windows which are not balanced properly, this can happen where a modern glass has been put in where an older glass previously was positioned. The weight of the glass has not been taken into consideration, which can mean that it does not counterbalance the weights within the sliding sash. This can be resolved as simply as adjusting the weights within the sliding sash or changing the glass for a more appropriate weight glass. Usefully the first option of rebalancing the weights is carried out.

So ingrained are windows in our lives it is rumoured that the phrase daylight robbery originally came from the window tax that was imposed on property owning people and as such they were robbed of daylight. It is also wrongly we believe from a presentation we attended as part of our continued professional development (something you have to do as part of your lifelong learning as a Building Surveyor) that this resulted in many windows being blocked up which is also known as blind window (rather than windows with blinds).

The beauty of old glass

Whilst we are talking about windows we will just make a mention for the beauty of older glass which unlike a modern plated glass which is completely transparent and available in almost any size, providing you are happy to pay, older glass is slightly opaque and imperfect and does give the most amazing reflection on a sunny or rainy day at sunrise or sunset.

If you do have older windows for example sliding sash windows and you are looking to replace or repair the window do take care of the original glass that was installed in it.

We hope you have enjoyed this article and would like to refer you to other articles on our website that we feel may be of interest to you:

Wet rot problems, what can I do about it?

Georgian and Regency properties and their problems

If you truly do want an independent expert opinion from a surveyor, and many of us are also chartered builders, with regard to surveys, building surveys, structural reports, engineers reports, specific defects reports, structural surveys, home buyers report, valuations, mortgages, mortgage companies, or any other property matters please contact 0800 298 5424 for a surveyor to give you a call back.

If you have a commercial property, whether it is freehold or leasehold then sooner or later you may get involved with dilapidation claims. You may wish to look at our Dilapidations Website at www.DilapsHelp.com and for Disputes go to our Disputes Help site www.DisputesHelp.com.