What is a Certificate of Structural Adequacy?

A Certificate of Structural Adequacy is issued to the home owner by the insurance companies appointed Loss Adjuster or Assessor or whatever they wish to call themselves.  It normally briefly states the work that has been carried out and then advises what it isn't and also the limitations. A

Certificate of Structural Adequacy is not a guarantee or warranty.

What is a Loss Adjuster, or a Loss Assessor or an Adjuster or an Assessor in relation to insurance claims?

These are often called Loss Adjusters or Loss Assessors or we are also seeing them called just Adjusters or Assessors.  Whatever their term is, it should be remembered that they are working for the insurance company although in turn for you as well when an insurance claim is made, although we would say you should always remember their primary and regular client is the insurance company and this is who they are mainly out to please in our experience.

We have seen many Certificates of Structural Adequacy over the years.  They will normally state in one of the earlier paragraphs what the reason for movement was, i.e. subsidence or heave, trees nearby.

Clay expands and contracts, depending upon its moisture content. It is at its bulkiest at 40% to 60%, however, it changes form if it gets wetter or dryer.  It is this change of its bulk that causes problems.  When the clay soil gets too wet the clays bulk becomes larger and almost pushes the property out of the ground.  This is known as heave. When the clay dries out it becomes dust like, then we get settlement of foundations and subsidence of the building, as its bulkiness has reduced considerably.

They will normally say what the cause of the damage is such as a shrinkable clay which has shrunk and caused subsidence or a shrinkable clay that has got excessive moisture/water in it and expanded causing heave. They may say something about the monitoring process and the due diligence such as the property was monitored for a period of one year, however also we have come across ‘it was monitored for a period of time'! which really doesn't make you any wiser.

Then, often there is a brief summary of the repairs carried out although again we would comment that we have seen some which have literally said the repairs were implemented and redecoration was carried out which makes you none the wiser.

Many photographs and surveying sketches

We use throughout our survey reports to make them as clear as possible many photographs and surveying sketches.  Whilst the emphasis will always be on encapsulating the Good, Bad and Ugly within our Executive Summary section words are enhanced with photographs from a very powerful optical zoom camera.  We also have our own unique set of survey sketches to make the property problem crystal clear.  We literally have commissioned hundreds of our own survey sketches developed over many years depicting property issues.

Standard Disclaimer in a Certificate of Structural Adequacy

We also see fairly standard disclaimers, an example would be:

‘The purchaser should continue cover with the current insurer'.

This is all very well if the current insurer will still insure.  We would recommend before any structural works are carried out with an insurer that you get in writing that they will insure you once the works have been carried out.  We have now had several cases where the insurance company has recommended certain works via their loss adjusters or whatever they wished to be called, carried out the work and then refused on renewal of the lease to carry on insurance or they have required a high premium to be paid.

There is then normally a paragraph or two advising of the areas they examined, i.e. normally this limits their liability saying that they only looked at the cracking underneath the window on the left and will say something along the lines of:

and then it will say something along the lines of:

by which they mean a building survey or a structural survey which is what we carry out and is why we help with properties where Certificates of Structural Adequacy have been issued.

You may also find the following surveying articles useful;

How, in our experience, insurance companies deal with cracks in properties

Settlement, subsidence and heave and the part clay soils play in this

Tree problems in a nutshell

Should I have a structural survey?

A Certificate of Structural Adequacy is not a warranty or guarantee

quacy is not a warranty or a guarantee and it normally says something along the lines:

‘that no liability should be attached to them other than those in the terms of their appointment'.

Normally you haven't seen these terms of appointment. They also normally advise that the Certificate doesn't necessarily follow the Building Regulations.

This needs to be considered very carefully.  The Certificate of Structural Adequacy is only for the named client and is not to be passed on and there cannot be a transfer of the benefit.  This is why people have structural surveys carried out on properties that have had insurance work.  Some of them do advise that the benefit can be transferred subject to contacting the loss adjusters or the professional expert that is being used and getting a transfer of benefit put in writing.  They advise that a re-inspection fee is likely to be charged too. 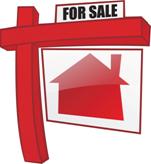 This really is a very difficult question to answer without seeing the property.  On one hand as structural surveyors we time and time again see structural work carried out where we don't feel any was necessary as part of an insurance claim.   Equally, we have been to properties where the owners selling the property have advised that next to nothing was done other than decoration and a bit of repointing and when we investigate further, hopefully looking through the specification that has been prepared by the insurance company's professional expert, we could see that structural bars had actually been added into the wall.

The other comment we would make is that often we would say that insurance companies and their respective professionals are looking for a one off solution. Trees are a good example of this where a tree is cut down where often maintaining the tree by regular pruning would be a far better solution.

What do the circles and ovals mean in our building surveys?

In our building surveys and structural surveys the circles and ovals are a system that we used to highlight property problem areas so that you are not left wondering what the property problem is.  In addition to this if the survey photographs do not we believe explain the property problem enough together with our survey report we also add in one of our own survey sketches.

Certificate of Structural Adequacy, is this adequate? We can't give a yes or no answer to the question

The question is does it ensure that the property is a sound purchase?   Which after all is what we all want to know as we want to be able to sell the property at a later date at an open market value without it having an inherent defect.

Think very carefully before buying a property with a Certificate of Structural Adequacy.

Think very carefully before buying a property with a Certificate of Structural Adequacy – we certainly would have a structural survey, also known as a building survey carried out on the property because it is not just about the area where the structural problems occurred originally, there may now be additional problems or indeed they may have missed the problems originally (after all people are only human and they can miss problems).

Why have an independent building survey?

Always have an independent building survey as this will highlight any property problems.  Caveat emptor means buyer beware and is why you need to have a building survey to find out if there are any problems within the property; the estate agent certainly will not advise you of any.

Remember the building Surveyor that you employ will be the only person working for you with your interests at heart.

We highly recommend you always make sure when you have a survey you meet your Surveyor at the property.

We would like to introduce to you what we call our Good, Bad and Ugly survey which is a building survey, sometimes known as a structural survey, and is something that we have developed over many years, in fact several decades.  We have listened to feedback from our clients and amended and altered our surveys to make them easy to read and describe issues clearly.  The key factor, we believe, is that our surveys are easy to understand in plain English.

If you are interested in having a Building Survey also known as a full Structural Survey we can email you examples of our structural surveys please call us on free phone us for a friendly chat on 0800 298 5424.

We hope you found the article of use and if you have any experiences that you feel should be added to this article that would benefit others, or you feel that some of the information that we have included  is wrong then please do not hesitate to contact us (we are only human).

The content of the website is for general information only and is not intended to be relied upon for specific or general decisions.  Appropriate independent professional advice should be paid for before making such a decision.  Free phone on 0800 298 5424

All rights reserved by 1stAssociated.co.uk

All rights are reserved the contents of the website is not to be reproduced or transmitted in any form in whole or part without the express written permission of www.1stAssociated.co.uk