It may look like a traditional house construction but secretly

it may be non-traditional

If you either own a Non-Traditional House or are thinking of buying a Non-Traditional House please call us on 0800 298 5424. We are independent surveyors who provide independent help and advice with regard to building surveys, valuations, property surveys, structural reports, engineers reports, defects surveys and structural surveys matters. We have carried out surveys on many different types of non-traditional construction.

Non-traditional housing, what is it?

We have recently had a phone call asking what non-traditional housing is, as it had been referred to in a valuation that they had had carried out on their property and the lender had decided not to lend on the property because of this.

Can I get a mortgage on a Non-Traditional house?

Companies interested in lending in this market vary depending on many factors. What is also true is that lenders do vary their lending policies and they may be lending on it one minute and then not lending on it the next.

We have gathered together a few other articles that also look at non traditional houses which we hope will be of use to you. We suggest that once you have read this article you look at these:

The History of Non Traditional Buildings

We have seen during our surveys over the years there has been a need to convert non-traditional housing into traditional housing. It could be argued that the Right to Buy Council Housing stock made this an important factor, as it is those people who required a mortgage that required the amendments, as in many cases there was nothing physically wrong with the properties.

Also, large companies holding a large amount of housing stock, such as Council Housing and Housing Associations requiring the housing to be brought up to more modern standards for thermal efficiency, etc, have utilised innovative ways of upgrading (although we are not sure whether that's the right term). Their housing techniques normally involve a cladding system to improve thermal efficiency, along with the check on the structural elements. We have surveyed some of them where they practically re-build the original buildings, which ironically can be very difficult. Whilst we don't know the exact figures we imagine it would be almost as costly as building the property from scratch.

Is it or isn't it a non-traditional house?

With the purchasing of these houses over the years and the need to get a mortgage there have been many ingenious ways of making these houses mortgageable as per the following photographs of houses where we have carried out surveys; these are the ones that have been spotted by mortgage company Valuers: 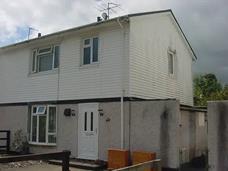 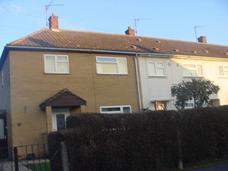 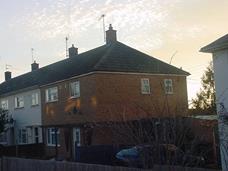 A mortgage company surveyor may miss a non-traditional house construction

Features to look out for in non-traditional houses

We thought we would give you some tips on the sort of things to look out for:

Asbestos was a very popular material (yes really) when non-traditional houses were being built. 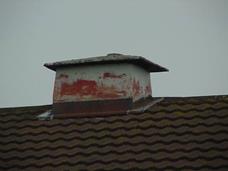 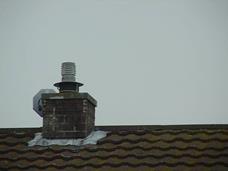 New chimney on a non-traditional
house 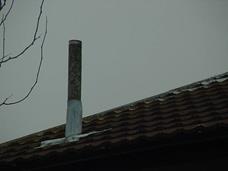 Original asbestos soil and vent pipe
on a non-traditional house 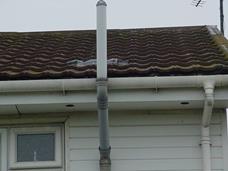 New plastic soil and vent pipe on a
non-traditional house 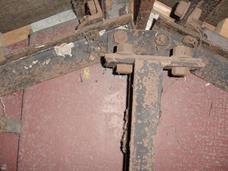 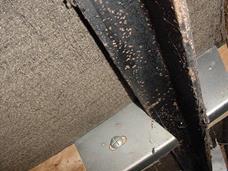 Some fixings replacements/repairs
to a non-traditional house

We feel our surveys are quite unique, as they are written to your level of knowledge. The surveys include photos and sketches and definitions. The survey will also include an action required section and an estimate of costs in the executive summary. We are more than happy to meet you at the property whilst carrying out the survey to discuss any specific issues you may have or have a general chat about what we have found at the end of the survey. Please contact 0800 298 5424 for a chartered surveyor to give you a call back.

If you are interested in having a Structural Survey we can email you examples of our structural surveys please call us for a friendly chat on free phone 0800 298 5424.

We would also be happy to email you some examples of our tailor made reports, Schedules of Condition, Structural Surveys and Property Reports. We have carried out surveys on many different types of no

In addition if you are looking for commercial property, whether it is freehold or leasehold, we would recommend a survey as this will prevent dilapidations claims in the long run. You may wish to look at our Dilapidations Website at www.DilapsHelp.com and for Disputes go to our Disputes Help site www.DisputesHelp.com , both of which we have been advised are very helpful!

We can talk and talk about property

We hope you found this article on Non-Traditional Housing of use and if you have any experiences that you feel should be added to this article that would benefit others, or you feel that some of the information that we have included is wrong then please do not hesitate to contact us (we are only human).

The content of the website is for general information and entertainment only and is not intended to be relied upon for specific or general decisions. Appropriate independent professional advice should be taken before making such a decision Free phone 0800 298 5424 for independent surveying advice.